More on why using the word “Accident” is misleading 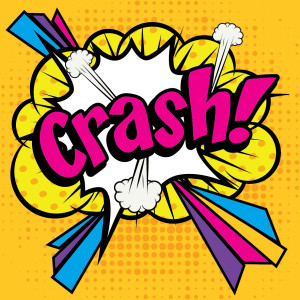 Back on February 29, 2016, I wrote briefly on why we should stop using the word “accident” when talking about automobile collisions.

In this May 22, 2016, New York Times article It’s No Accident: Advocates Want to Speak of Car ‘Crashes’ Instead,  Matt Richter helps further explain why advocates are trying to help change the way our society looks at automobile collision by not using the word “accident” because it trivializes the severity of the matter by ignoring the human error that most often lead to the car collision or crash. According to the article almost all crashes are the result of driver behavior like drinking or distracted driving and only about 6 percent of car crashes are caused by vehicle malfunctions, the weather, or some other factors. Using the word “accident” creates apathy toward the issue of car crashes. Interestingly, the article mentions that the State of Nevada has legally changed the word “accident” to “crash” in its laws, and that many state departments of transportation (28) have stopped using the word “accident” as well.

According to Dr. Peter Norton, who is a historian and associate professor at the University of Virginia, the word “accident” was created back in the early 1900s by “manufacturing and other industries” looking to protect themselves from the costs of caring for workers injured on the job and then the auto-industry and insurance companies adopted the word in the 1920s.

As this article suggests, use of the word “accident” has been around a long time and it helps facilitate the notion that car crashes are not a big deal when they really are a big deal in many ways, especially if you’ve been injured in a car crash. From that moment on you as the victim are fighting a stigma that’s been around for almost 100 years. We are here to help you fight that stigma so you’re reasonably compensated for the injuries and other damages caused by the driver who made a choice to drive distracted or speed or run that red light, and injured you as a result.  Reach out today!