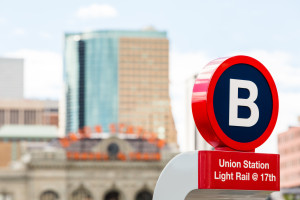 If you’ve spent any time on the D’Angelo blog, you know it’s no secret that I love to ride. Denver does alright when it comes to being biker-friendly, but there is still exceptional opportunity for improvement. In fact, Denver lacks enough cohesive bike routes to make cycling to your destination as safe and pleasurable as it should be.

Hopefully, however, this is all changing. The City of Denver has recently announced its renewed commitment to making the city a safe-haven for cyclists. The overall goal is to make sure each household is within a quarter-mile of a low-stress biking routes. This includes protected lanes and bicycle paths.

Let’s review some of the initiatives currently underway in Denver:

The goal of Denver Moves: Broadway is to make the Broadway/Lincoln corridor between I-25 and Colfax safe for all travelers, whether they be pedestrians, cyclists, or drivers. The program was just kicked off in 2015, and seems to be making decent progress. The planned end-result includes a two-way bike lane that is separated from the main roadway by a barrier (in this case the barrier will be parking for cars). This will make it easier for cyclists to pass through a major Denver artery knowing they are safe and protected.

This is a great start and makes a major thoroughfare accessible to different types of travelers. It will make cycling to work, the store, or just for fun a whole lot safer and easier. If you’re interested in learning more about the projected, included what’s been completed so far and what’s in the works, head over to the Denver Moves website.

This is an area where Denver is lagging behind many other American cities. Many studies have shown that protected bikeways increase safety significantly. In fact, even with more bikers are the road, better bike lanes will reduce risk of serious injuries. Not only that, buy physically protected bike lanes encourage more people to ride. Denver must take advantage of these safer lanes if we want to eliminate roadway deaths, and that’s what Denver Moves plans to do.

This year, Denver Public Works updated this part of Denver Moves to get the ball rolling on enhanced bikeways. The revision to the plan include:

–        Developing a plan for a network of connected biking facilities (enhanced lanes and neighborhood bikeways) in Downtown Denver. Part of the plan will include identifying key corridors that link neighborhoods or off-street trails.

If this initiative is completed with success, it will mean huge strides for the city of Denver. Not only will bikers be safer, but more will be able to ride, and this will help reduce our congestion and pollution issues as well. If you want to learn more about the plan, head over to the Denver Gov website and check it out.

What Can You Do?

Each one of us is responsible for the community around us, and believe it or not you can have an impact on accessible cycling in Denver. Get involved in your community, talk to your City Council Representative, and go to community meetings resolving around cycling safety and added lanes. Too often we forget how powerful our voice is, or we get too involved in our own busy lives. But this is something that affects all of us – and together we can make an impact.

With the proper follow through, Denver can dramatically increase bicyclist safety in a short amount of time. I would love it to one day open a list of the top-10 cycling cities in the world and see Denver at the very top!